The Nurse in Occupational Health

The Nurse in Occupational Health

After reading this chapter, the student should be able to do the following:

3. Give examples of work-related illness and injuries.

4. Use the epidemiological model to explain work-health interactions.

6. Explain one example each of biological, chemical, enviromechanical, physical, and psychosocial workplace hazards.

8. Differentiate between the functions of OSHA and NIOSH. 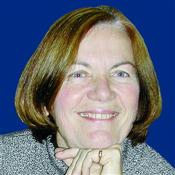 • WebLinks—Of special note, see the link for this site:

Nurses provide care to individuals to help them achieve optimal health; yet, at the same time in the course of their work, nurses face numerous hazardous substances such as blood, body fluids, or chemicals and often must lift heavy loads. Work can be both fulfilling and hazardous or risky. Many changes have occurred in the nature of work and workplace risks, the work environment, workforce composition and demographics, and health care delivery mechanisms. An analysis of the trends suggests that work-health interactions will continue to grow in importance, affecting how work is done, how hazards are controlled or minimized, and how health care is managed and integrated into workplace health delivery strategies. Although some workers may never face more than minor adverse health effects from exposures at work, such as occasional eyestrain resulting from poor office lighting, every industry has grappled with serious hazards (USDHHS, NIOSH, 2010).

In America, work is viewed as important to one’s life experiences, and most adults spend about one third of their time at work (Rogers, 2011). Work—when fulfilling, fairly compensated, healthy, and safe—can help build long and contented lives and strengthen families and communities. No work is completely risk free, and all health care professionals should have some basic knowledge about workforce populations, work and related hazards, and methods to control hazards and improve health.

Important developments are occurring in occupational health and safety programs designed to prevent and control work-related illness and injury and to create environments that foster and support health-promoting activities. Occupational health nurses have performed critical roles in planning and delivering worksite health and safety services, which must continue to grow as comprehensive and cost-effective services. In addition, the continuing increase in health care costs and the concern about health care quality have prompted the inclusion of primary care and management of non–work-related health problems in the health services’ programs. In some settings, family services are also provided.

Health at work is an important issue for most individuals for whom the nurse provides care. With many individuals spending so much time at work, the workplace has significant influence on health and can be a primary site for the delivery of health promotion and illness prevention. The home, the clinic, the nursing home, and other community sites such as the workplace will become the dominant areas where health and illness care will be sought (USDHHS/CDC/NIOSH, 2009).

The foundation for occupational and environmental health nursing is research based. Recognizing the legal context for occupational health and safety, this specialty practice derives its theoretical, conceptual, and factual framework from a multidisciplinary base including, but not limited to:

• Public health sciences such as epidemiology and environmental health

Guided by an ethical framework made explicit in the AAOHN Code of Ethics, occupational and environmental health nurses encourage and enable individuals to make informed decisions about health care concerns. Confidentiality of health information is integral and central to the practice. Occupational and environmental health nurses are advocates for client(s), fostering equitable and quality health care services and safe and healthy environments in which to work and live.

Nursing care for workers began in 1888 and was called industrial nursing. A group of coal miners hired Betty Moulder, a graduate of the Blockley Hospital School of Nursing in Philadelphia (now Philadelphia General Hospital), to take care of their ailing co-workers and families (AAOHN, 1976). Ada Mayo Stewart, hired in 1885 by the Vermont Marble Company in Rutland, Vermont, is often considered the first industrial nurse. Riding a bicycle, Miss Stewart visited sick employees in their homes, provided emergency care, taught mothers how to care for their children, and taught healthy living habits (Felton, 1985). In the early days of occupational health nursing, the nurse’s work was family centered and holistic.

Employee health services grew rapidly during the early 1900s as companies recognized that the provision of worksite health services led to a more productive workforce. At that time, workplace accidents were seen as an inevitable part of having a job. However, the public did not support this attitude, and a system for workers’ compensation arose that remains today (McGrath, 1945).

Industrial nursing grew rapidly during the first half of the twentieth century. Educational courses were established, as were professional societies. By World War II there were approximately 4000 industrial nurses (Brown, 1981). The American Association of Industrial Nursing (AAIN) (now called the American Association of Occupational Health Nurses) was established as the first national nursing organization in 1942. The aim of the AAIN was to improve industrial nursing education and practice and to promote interprofessional collaborative efforts (Rogers, 1988).

• Promotes the health and safety of workers

• Promotes and provides continuing education in the specialty

• Advances the profession through supporting research

The AAOHN provides the Standards of Occupational and Environmental Health Nursing Practice to define and advance practice and provide a framework for practice evaluation. The AAOHN Code of Ethics lists five code statements based on the goal of occupational and environmental health nurses to promote worker health and safety (AAOHN, 2004). Both documents can be obtained from the AAOHN at www.aaohn.org.

Ethical conflict is nothing new in occupational and environmental health nursing practice. Traditional concerns about confidentiality of employee health records, hazardous workplace exposures, issues of informed consent, risks and benefits, and dual duty conflicts are now married with newer concerns of genetic screening, worker literacy and understanding, work organization issues, and untimely return to work (Rogers, 2011). With the current changes in health care delivery and the movement toward managed care, occupational health nurses will need increased skills in primary care, health promotion, and disease prevention. The aim of the occupational health nurse will be to devote much attention to keeping workers and, in some cases, their families healthy and free from illness and worksite injuries. Specializing in the field is often a requirement.

Occupational and environmental health nursing research priorities have been developed and published by The American Association of Occupational Health Nursing and are being updated.

University of Alabama at Birmingham

University of Colorado at Denver and Health Sciences Center

University of Illinois at Chicago

Department of Occupational and Environmental Health

School of Hygiene and Public Health

Department of Community and Preventive Medicine

Workers as A Population Aggregate

In 2005 there were more than 131.6 million civilian wage and salary workers in the United States, employed in about 63,000 different worksites (BLS, 2007). More than 91% of those who are able to work outside of the home do so for some portion of their lives. Neither of these statistics indicates the full number of individuals who have potentially been exposed to work-related health hazards. Although some individuals may currently be unemployed or retired, they continue to bear the health risks of past occupational exposures. The number of affected individuals may be even larger, as work-related illnesses are found among spouses, children, and neighbors of exposed workers.

Americans are employed in diverse industries that range in size from one to tens of thousands of employees. Types of industries include traditional manufacturing (e.g., automotive and appliances), service industries (e.g., banking, health care, and restaurants), agriculture, construction, and the newer high-technology firms, such as computer chip manufacturers. Approximately 95% of business organizations are considered small, employing fewer than 500 people (BLS, 2005a). Although some industries are noted for the high degree of hazards associated with their work (e.g., manufacturing, mines, construction, and agriculture), no worksite is free of occupational health and safety hazards. In addition, the larger the company, the more likely it is that there will be health and safety programs for employees. Smaller companies are more apt to rely on external community resources to meet their needs for health and safety services.

Characteristics of the Workforce

The U.S. workplace has been changing rapidly (BLS, 2005a). Jobs in the economy continue to shift from manufacturing to service. Longer hours, compressed workweeks, shift work, reduced job security, and part-time and temporary work are realities of the modern workplace. New chemicals, materials, processes, and equipment are developed and marketed at an ever-increasing pace.

The demographic trends in the U.S. workforce describe a changing population aggregate that has implications for the prevention services targeted to that group. Major changes in the working population are reflected in the increasing numbers of women, older individuals, and those with chronic illnesses who are part of the workforce. Because of changes in the economy, extension of life span, legislation, and society’s acceptance of working women, the proportion of the employed population that these three groups represent will probably continue to grow.

For example, in the late 1990s while nearly 60% of all women were employed, women were predicted to account for 67% of the increase in the labor force in the twenty-first century (BLS, 2005b). These workers tended to be married, with children and aging parents for whom they were responsible. This aggregate of workers presents new issues for individual and family health promotion, such as child care and elder care, that can be addressed in the work environment. In 1990 more than half of the female labor force was concentrated in three areas: administrative support/clerical (26%), service (14%), and professional specialty (14%). Twelve percent were employed in fields such as labor, transportation and moving, machine operation, precision products, crafts, farming, construction, forestry, and fishing. In the male labor force, nearly 20% worked in precision production, crafts, or repair occupations, 13% in executive positions, 11% in professional specialty occupations, and 10% in sales. Other trends shaping the profile of the workforce include more education and mobility. Increasing mismatches between skills of workers and types of employment were seen in the 1990s.

Future employment trends projected to 2014 are shown in Figure 43-1. Of the 20 fastest growing occupations in the economy, half are related to health care. Health care is experiencing rapid growth, due in large part to the aging of the baby-boom generation, which will require more medical care. In addition, some health care occupations will be in greater demand for other reasons. As health care costs continue to rise, work is increasingly being delegated to lower-paid workers in order to cut costs. For example, tasks that were previously performed by doctors, nurses, dentists, or other health care professionals increasingly are being performed by physician assistants, medical assistants, dental hygienists, and physical therapist aides. In addition, clients increasingly are seeking home care as an alternative to costly stays in hospitals or residential care facilities, causing a significant increase in demand for home health aides. Although not classified as health care workers, personal and home care aides are being affected by this demand for home care as well (Bartsch, 2009).

There has been a dramatic shift in the types of jobs held by workers. Following the evolution from an agrarian economy to a manufacturing society and then to a highly technological workplace, the greatest proportion of paid employment was in the occupations of trade, transportation, and utilities with 25 million workers (BLS, 2008b). During the 1996 to 2000 period, service-providing industries accounted for virtually all of the job growth. Only construction added jobs in the goods-producing business sector, offsetting declines in manufacturing and mining. According to the BLS (2008b), jobs in construction, transportation, wholesale and retail trade, health care, and service-producing industries are expected to increase by 2018. (Table 43-1 shows occupations with the fastest growth.)

OCCUPATIONS WITH THE FASTEST GROWTH


Only gold members can continue reading. Log In or Register to continue